Reply Fri 1 Apr, 2005 10:23 am
My living will
With all the controversy in the media regarding the right to die and the need for a living will, I've decided to get a head start and post one up here.

If it so happens that I am on life support and cannot profess my wishes as to live or die, I present the following options in descending order. This assumes that I can't comprehend what's going on around me and will not feel any unnecessary pain. I reserve the right to update this list at any time.

1. Live and be launched into space so an alien race may find and cure me.

2. Be catapulted. I've always wondered what that would be like.

3. Die in a fiery explosion while screaming "Khhaannnn!!!" If this will is being used, odds are I can't speak. Someone will need to tie a boombox around me and play said scream at the appropriate time.

5. Become a pawn in someone's political or religious agenda. Be used in Photoshopped pictures of me and my family to play on people's feelings and guilt. Have the president return from vacation to support my case while at the same time staying on vacation after a tsunami hits Asia and kills 130k+ people. Have people coax their 8 year old kids to get arrested for something they can't conceivably comprehend. Have Jesse Jackson drop by my pad after he finishes up another affair spawning another illegitimate child. Then die.

How in the world will we know who you are when you die?? 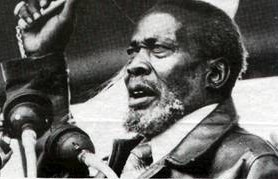